When we talk about safeguarding, this can apply to a wide variety of incidences or topics. Below you will find a list of possible safeguarding issues and their definitions.

Content warning: please be aware that some of these descriptions are graphic and may be distressing/triggering. 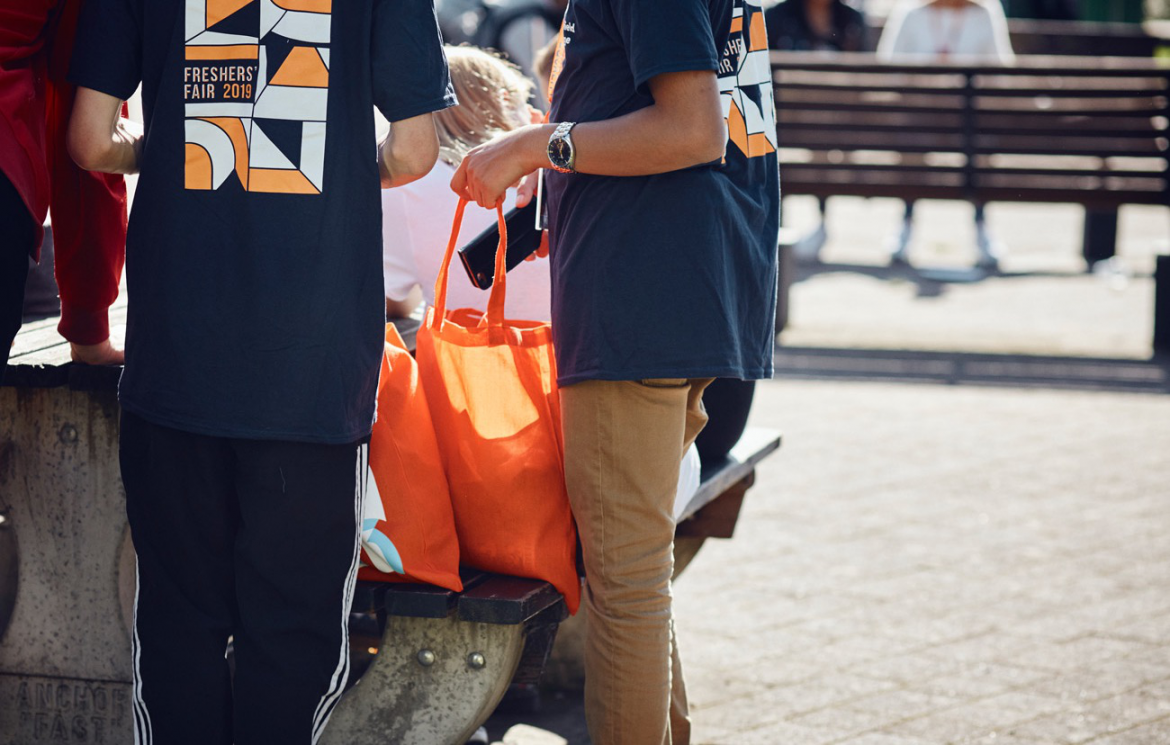 The ongoing emotional maltreatment or emotional neglect of an individual. It’s sometimes called psychological abuse and can seriously damage an individual’s emotional health and development. Emotional abuse can involve deliberately trying to scare or humiliate an individual or isolating or ignoring them.

Individuals who are emotionally abused are usually suffering another type of abuse or neglect at the same time – but this isn’t always the case.

Deliberately hurting an individual, causing injuries such as bruises, broken bones, burns or cuts. This abuse is deliberate and not done accidentally.

Individuals who are physically abused suffer violence such as being hit/kicked, poisoned, burned, slapped or having objects thrown at them. Sometimes parents/carers will make up or cause the symptoms of illness of someone in their care, perhaps giving them medicine they don't need or making the person unwell - this is known as fabricated pr induced illness.

Verbal abuse is not just name-calling delivered through speech alone. The definition can be expanded to include any language or behaviour that seeks to coerce the victim to doubt their perceptions/abilities and to subjugate themselves to the abuser.

Verbal abuse is the only type of abuse that can affect every single person with any type of communication ability or understanding. An individual may be assaulted verbally at work, at home, at school/college or walking on the street. It is the most common way to attempt to control the behaviour, thoughts and feelings of another human being.

Bullying is a behaviour that hurts someone else - such as name calling, hitting, pushing, spreading rumours, threatening or undermining someone. It is usually repeated over a period of time.

Whilst bullying can happen anywhere, a common form is cyber-bullying - where the bullying takes place online, using social networks or mobile phones. Individuals can feel like there's no escape because it can happen at any time of the day or night.

Self-harm is when an individual hurts themselves intentionally. These may include:

Self-harm is usually a way of coping with or expressing overwhelming emotional distress. An individual normally engages in self-harm because something else feels wrong and the it seems like the only way to lessen those feelings. It can be the result of another problem i.e. when an individual is feeling anxious, stressed, depressed or bullied.

This is the ongoing failure to meet an individual's basic needs. For instance, an individual may be left hungry or dirty, without adequate clothing, shelter, supervision, medical or health care. An individual may be put in danger or not protected from physical or emotional harm. They may not receive the love, care and attention they need from their parents/carers.

Individuals can also "self-neglect", which can include neglecting to care for one's personal hygiene, health or surroundings (this may include behaviour such as hoarding).

People who are neglected often suffer from other forms of abuse as well. Neglect is dangerous and can cause serious, long-term damage or even death.

Domestic abuse is the abuse of one partner within an intimate or family relationship. The abuse can be physical, emotional, psychological, financial or sexual. It is a repeated, random and habitual use of intimidation in order to control the victim.

Mental health includes emotional, psychological and social well-being. It impacts how an individual thinks, feels and acts. It also helps to regulate how an individual handles stress, relates to others and make choices.

Mental health issues are common and help is available to cover:

Eating disorders are a complex array of conditions that can affect someone physically, emotionally and socially. They can include anorexia, bulimia and binge eating disorder.

Anyone can develop an eating disorder, regardless of their age, sex or cultural background, and there may be a number of factors that lead to the development of this illness.

Online abuse is any type of abuse that happens on the web, whether through social networks, playing games online or using mobile phones. Individuals may experience cyber-bullying, grooming, sexual abuse/exploitation or emotional abuse.

Individuals can be at risk from people they know, as well as from strangers. Online abuse may form part of abuse that is taking place in the real world (e.g. bullying at school) or it may be that the abuse only happens online (for instance, persuading an individual to take part in sexual activity online). Those suffering from online abuse may feel like there is no escape as the abusers can contact them at any time and the abuse often follows them into "safe spaces" like their bedrooms.

The condition of individuals without a permanent dwelling such as a house or flat. Individuals who are homeless are most often unable to acquire or maintain regular, safe, secura and adequate housing.

The term "homeless" may also include people whose primary night-time residence is in a homeless/domestic violence shelter, long-term residence in a hotel, a vehicle, squatting or living on the streets.

Substance misuse refers to the harmful or hazardous use of psychoactive substances, whether that be alcohol or illicit drugs, prescribed/over the counter medications. Substances may include:

Substance misuse can lead to dependence, introducing a collection of behavioural, cognitive and psychological occurrences that develop after repeated and heavy usage.

Those who encourage or recruit others to commit acts of violent extremism often target vulnerable people who are lead to believe that violence or criminality can earn respect, riches or even glory. However, even though a person may feel angry about something they believe is unfair, this does not mean they should attack or threaten any person or community.

A hate crime is a term used to describe an incident or crime aginst someone based on a part of their identity. There are five categories of 'identity' which include:

Hate crime can be a criminal or non-criminal act such as graffiti, vandalism to a property, name calling, assault or online abuse.

Grooming is when someone builds an emotional connection with a young person in order to gain their trust for the purposes of sexual abuse or exploitation.

Young people can be groomed online or in the real world, by strangers or by someone known to them - for example, a  family members, friend or professional. Groomers can be male or female and they could be any age.

Female genital mutilation (sometimes referred to as FGM or female circumcision) refers to procedures that intentionally alter or cause injury to the female genital organs for non-medical reasons.

The practice is illegal in the UK and is classed as child abuse. It is also illegal to arrange for a young person to be taken abroad for FGM.

Forced marriage is a marriage performed without the full and free consent of one or both parties. Emotional, financial, physical and sexual threats and abuse, as well as notions of 'honour' can all be used to force someone to marry.

Forced marriage can lead to physical violence, rape and even murder.

This is the term given to the various forms of violence and abuse perpetrated against individuals by family or community members in the name of so-called 'honour'. The abuse is typically carried out in a collective and planned way.

HBV is not limited to any one particular society, community, culture, religion, class or ethnic group. Whilst women/girls are the most common victims of HBV, it can also affect men/boys.

Sending sexually explicit messages or pictures via mobile phones or computers. It is often coercive and linked to sexual harassment, bullying and even violence.

Trafficking and modern slavery are types of abuse that can affect both adults and children. The victims are recruited, moved or transported and then exploited, forced to work or sold.

Reasons for trafficking may include:

Individuals can be trafficked into the UK from abroad, however they can also be moved from one part of the UK to another.

This is another term for stealing or defrauding someone of money, goods and/or property.

This can include limiting access to money/resources, withholding access to shared money, taking money from a person, making someone account for everything that they spend, taking out loans/incurring debt in the victim's name, forcing someone to commit crimes for money or not allowing a person to buy necessities (either for themselves or their children). Financial abuse can also be when the perpetrator is spending money needed to maintain the home or on themselves.

Financial abuse is a common tactic used by abusers to gain power and control in a relationship. The forms of abuse may be subtle or overt, but in general they include tactics to limit the victim's access to assets, or conceal information and accessibility to shared finances. Financial abuse may also continue after a relationship has ended (e.g. withholding child maintenance, fraud, exploitation, coercion in relation to financial affairs/arrangements [wills, inheritance, property]

Sometimes known as organisational abuse, this occurs where the routines or regimes within certain settings deny individuals rights, choices and opportunities. This often occurs inside institutions where the victims were places for their rehabilitation, education, welfare, or even protection.

It can range from one-off incidents to ongoing ill-treatment. It can be through neglect or poor professional practice as a result of structure, policies and practices within an organisation (e.g. neglect or poor care practice within a specific care setting such as a hospital or care home).

The wearing of face coverings on campus is still encouraged but remains a personal choice.

We will continue to provide hand sanitiser stations, regular cleaning and ventilation to help ensure the College is a safe place to learn and work.

We are continuing with our Covid-19 risk assessment, which is regularly reviewed in line with government and public health guidance.

We have a Covid-19 intervention plan should any outbreaks or incidents occur.