The Sheffield College has long been renowned for sporting excellence, and our Basketball Academy is no exception. 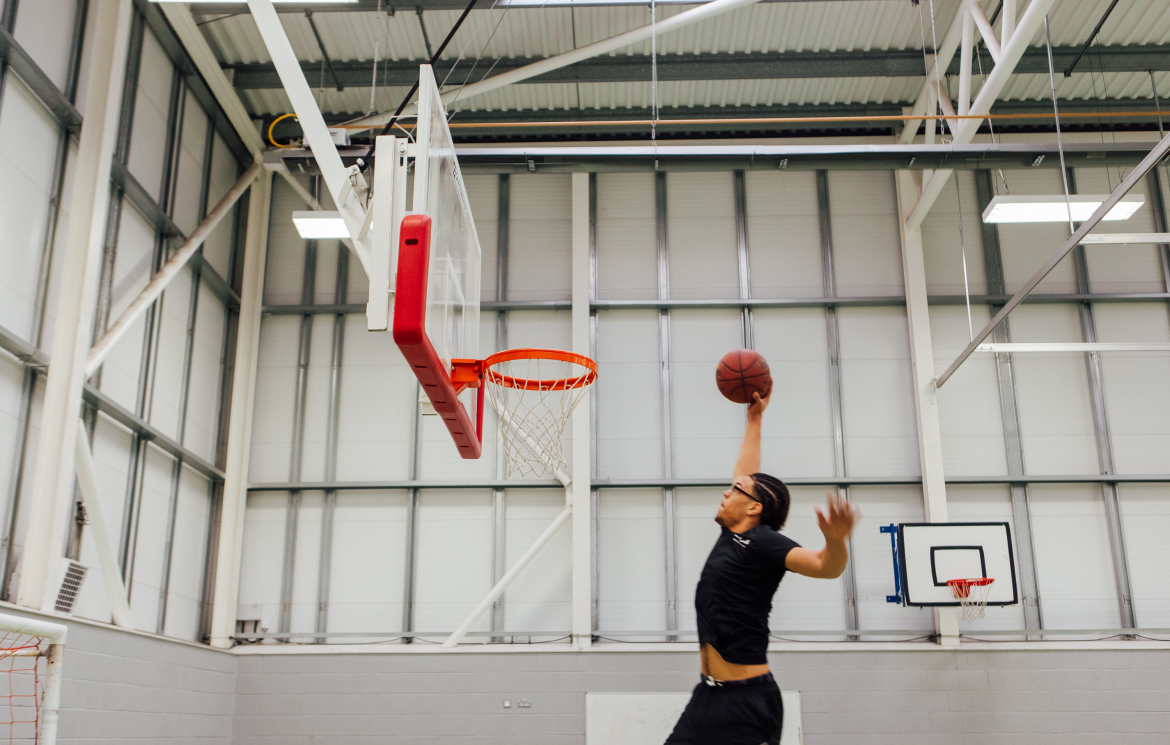 Established in 2012, the college's Basketball Academy has had success both regionally and nationally, with the 2021/22 season being our most successful to date!

Our male and female basketball teams, that are also part of our Elite Sports Academy, compete against colleges, universities and other basketball academies in the Association of College's Yorkshire and Humber league and the Elite Academy Basketball league which is the highest level of school and college sport.

Joining The Sheffield College Basketball Academy will give you the chance to train with professional coaches, play in these top leagues and develop a career in sport, alongside studying any study programme or A Levels.

The Sheffield College Basketball Academy can offer you the opportunity to:

If you are an elite athlete, you may want to study our Sport Basketball Elite Performance programme alongside playing for our Academy Teams. This study programme is designed as a player development programme for learners aged between 16-19, which combines top-level basketball training and academic education. We have been chosen by Basketball England, the sport’s governing body, to be part of the England Development Programme for basketball in Yorkshire and are the only college in the region to deliver this qualification.

Some of the students who study this programme also complete the Diploma in Sporting Excellence (DiSE) with Basketball England aimed at talented players who have the potential to turn professional and play internationally.

On the programme, students will learn about developing a career in sport, nutrition and managing their lifestyle to achieve excellence, and study and train at the College’s City Campus, on Granville Road, and Hillsborough Campus, on Livesey Street.

We also picked up some individual accolades at the End of Season Awards night. Congraulations to:

Charles Okafor won the slam dunk contest at the 2022 Foot Locker Hoopsfix Allstar Classic. You can watch the winning moment on this YouTube video.

To keep the good news coming, and dreams of the NBA still alive, five of our students have been offered stateside scholarships starting this September:

Our Basketball Academy is based at our City and Hillsborough Campuses, which are complete with sports halls, fully-equipped fitness suite and 3G sports pitches (Hillsborough only).

As part of the Basketball Academy, you'll have the opportunity to use all of the sports facilities for:

How to Get Involved

If you're keen to get involved with the Basketball Academy and represent the college in one of the top basketball competitions in the country then look no further!

Selections for the 2022/23 team will take place over a series of training sessions, so make sure you come along to the first session:

In order to join the team you must make sure that you are enrolled on a full-time or part-time course at The Sheffield College.